The 51-year-old suffered liver, kidney, heart and lung damage and was put into intensive care for five days.

There were over 20 kinds of fruit in the intravenous injection, an employee at the Affiliated Hospital of Xiangnan University told the BBC. 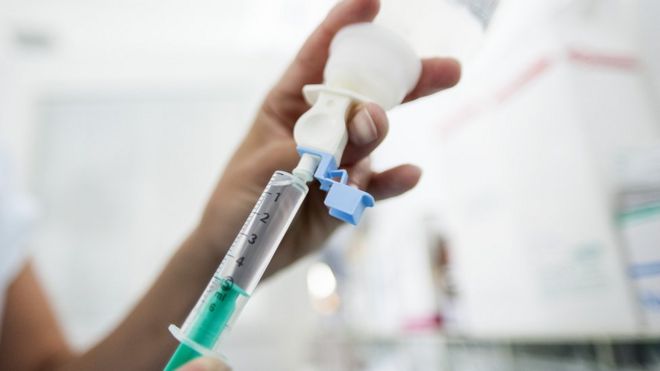 After injecting herself with the mixture, the woman had itchy skin and a rising temperature.

She was admitted to the intensive care unit of the hospital on 22 February, before being transferred to a general ward and later discharged.