It's not always easy getting along with your stepparents. However, I think there are better ways to go about it. A teenager in Wisconsin is facing charges after he repeatedly spiked his stepfather's energy drinks with cow tranquilizers.Tyler Rabenhorst-Malonethought it would be great fun if he spiked his stepdads energy drinks and watched him stumble around and pass out.

His stepdad is a dairy farmer so that's why they had tranquilizers sitting around. Early last year, Tyler had begun to spike the drinks but his stepdad was having trouble breathing afterward as well. It was so scary, he went to the hospital and doctors told him it was probably from stress or a lack of sleep from having too many energy drinks. His symptoms came back a few months later though. Then he found two used syringes in the corner of a barn and realized Tyler had been poisoning him. Tyler says he thought it was "funny," but is now on the hook for two felonies, and he'll be in court later this month. 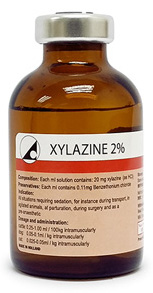