The TSA finds all sorts of crazy things in people's luggage, grenade launchers? Probably not so much. Still, that's exactly what happened Pennsylvania's Lehigh Valley International Airport yesterday. Officials found an un-assembled rocket-propelled grenade launcher that they found inside a Florida man's checked luggage. Now, the lack of assembly is why the unnamed man didn't think it was a big deal. But of course, cops were called and they didn't believe that it was just a replica until they put the thing together. Once everything was cleared up, the man was allowed to finish his trip home...but without his "toy." 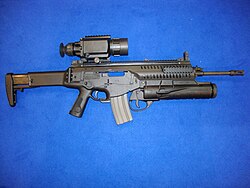