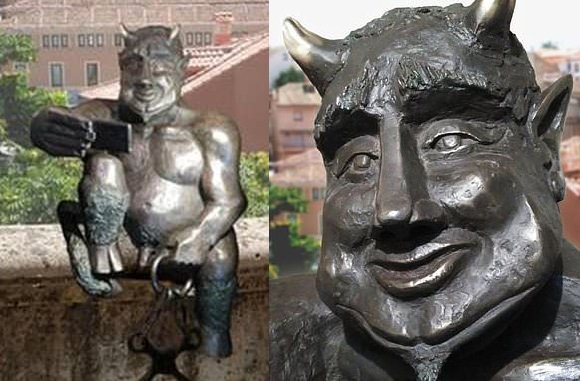 Seems that Satan just rubs people the wrong way no matter what he does. There's a new statue of a ‘Friendly Satan’ that's taking a selfie in the Spanish city of Segovia. It's a stone's throw away from a famous Roman-era aqueduct. However, the statue has Roman Catholics a bit unhappy. In fact, they started a petition stating the devil looks far too good-natured for public installation.

The Satan statue wears a welcoming smile and holds out a camera phone to take a selfie at the aqueduct. Ancient folklore says that the devil built the aqueduct himself, in one night. The statue is a tribute to the historical sight and story.

The petition to have Satan removed has over 5,600 signatures, however, a rival group has started their own petition and that has just over 2,300 signatures. No word yet on if these groups can come to a compromise.